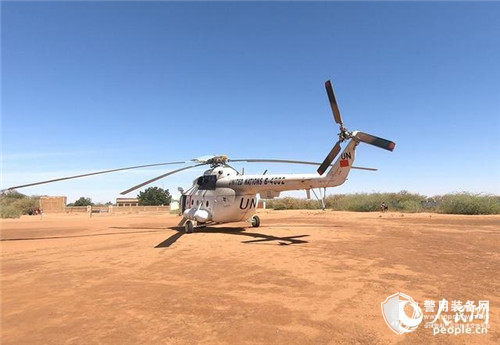 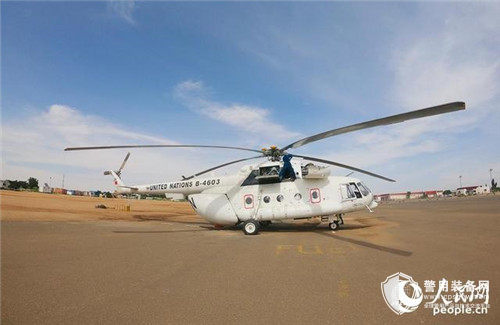 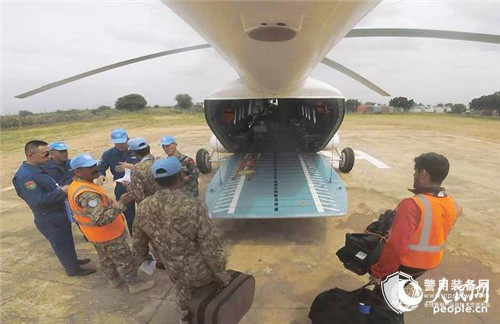 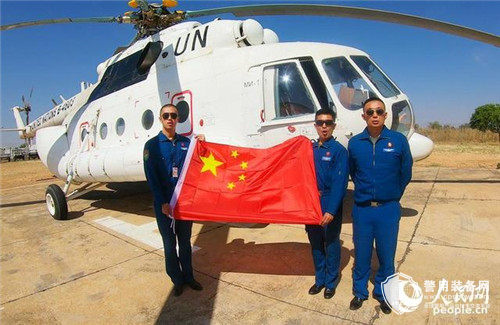 At the beginning of the new year, Vientiane was renewed, the commander gave an order, and went up and down. While the whole army set off a new annual training boom, at 10 am local time on January 5, 2020, the third batch of China far away from China, went to Sudan Dar Two Helicopters from the Fulvhe Helicopter Squadron took off, kicking off the 2020 peacekeeping mission.

It is reported that the first day of the local New Year's work, all four helicopters of the peacekeeping helicopter unit were dispatched, and two helicopters carried 16 United Nations inspection officers in New York and 11 special missions of the United Nations and the African Union in Darfur (UNAMID). The expeditions consisting of engineers flew to Kabkabia and Nyala respectively. One was responsible for the routine backup of Safoma, Sartoni, Goror, and Nyala, and one was responsible for medical evacuation. High standards of 100% personnel and equipment meet the requirements of not less than 75% of the United Nations helicopters taking off at any time.

The fighting spirit of the Party resolutely fulfills the peacekeeping tasks entrusted by the party and the people.

This unit is mainly composed of an Army Aviation Brigade of the 82nd Army Group. Since its deployment to the mission area at the end of August 2019, it has completed more than 40 tasks such as emergency transfer of wounded people, transportation of unfamiliar areas, and special aircraft transportation. The mission is praised as "indispensable aviation power".